Digital-contract-as-a-process enables business in the digital world (thanks to #blockchain, #BPM, #ECM and #cryptography)

In this blogpost I aim to outline how a combination of modern technologies (including the blockchain technology, BPM and cryptography) can enable good practice for carrying out business in the digital world. Such a combination enables 1) the establishment, 2) the execution and 3) the imposition of digital contracts digitally, quickly, surely and (potentially) legally. Thus a digital contract enables business can be carried out fully digitally, with less risk and fewer resources.


One of the major prerequisites for doing business is a guarantee that all the risks relating to working with somebody else (potentially a stranger) are properly addressed (mitigated, hedged, etc.). A recurrent pattern found in good business practice comprises the following actions:
Let us try to combine several modern technologies to implement this good business practice such that it
One of these technologies is the blockchain technology which enables the creation of immutable, tamper-proof and transparent records https://www.linkedin.com/pulse/summer-reading-viewing-update-blockchain-arno-laeven ). Despite the existing hype around it ( see https://theconversation.com/blockchain-really-only-does-one-thing-well-62668 and https://medium.com/@pavelkravchenko/decline-of-blockchain-hype-and-rise-of-a-common-sense-8de5789a794d#.olmj0go1e ), the blockchain technology is mandatory for doing business in the digital world but alone it is not enough.

2 Digital contract as an explicit process


The key of doing business properly is a contract which is an agreement with specific terms between two or more business parties in which there is a commitment to do something in return for a valuable benefit known as consideration.

A good contract must have several factual elements. They are listed below together with some modern technologies and methodologies which enable those elements in the digital world. In general, any promise, commitment, document, written or oral (e.g. by Skype) communication between business parties (which are involved in a contract) is secured by the blockchain technology. The last is acting as immutable, tamper-proof and transparent storage of records.
Thus a contract can be formally expressed as an explicit business process which comprises:

It seems that a contract can be expressed as an explicit business process with a level of formalism which is understandable by all the business parties (thanks to popular visual notations for coordination and business decisions).

3 Digital contract as a computer-executable process


By definition, a contract is a description of expected behaviour of all the business parties. With a classic contract, each business party is accountable for its behaviour and no one has a full and objective overview. In some cases, to mitigate this risk or to speed-up the execution of a particular contract, a lawyer or a notary may be assigned to conduct the execution of activities of a particular contract.

Having digital contract defined formally as an explicit process, there is no need for extra human to conduct the execution of a contract. Such a “conductor” can be a robot (i.e. a computer, actually some software tools, known as BPM-suites) – let us call it “digital” lawyer (or arbitr). 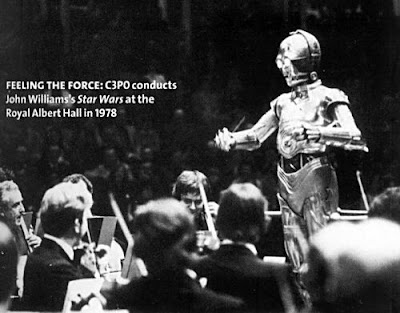 Actually, not a robot or computer, but some software tools, known as BPM-suites.

In addition to “digital” lawyer, a “digital” notary may be required to record everything that happened (i.e. audit trails) in a private storage  ( see privacy concerns at http://www.americanbanker.com/news/bank-technology/banks-privacy-concerns-shaping-blockchain-vendors-strategies-1090411-1.html ) and deposit related digital signatures (or hashes) into a public storage implemented with the blockchain technology.

Also, a “digital” lawyer may act as a “digital” escrow if accepted by all the business entities.

It must be clear that any complex contract (therefore any contract as a process) does not cover all the exceptional situations which are usually addressed by a court.

An interesting “by-product” of contract-as-an-explicit-and-computer-executable process is the ability to simulate (or imitate) the execution of a digital contract under the various scenarios (e.g. WHAT-IF scenarios). Thus the business entities can be fully informed about any potentials traps in a contract they are supposed to approve. 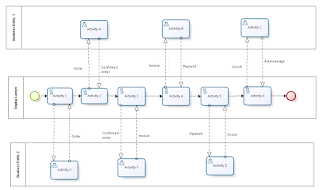 
There are several phases in the contract lifecycle:
Contract preparation is a typical document-centric process for drafting, validation and approval of a particular contract. Note that a digital contract may be composed (or assembled) from several parts, for example:
Obviously, some of those parts can be approved once and re-used many times. Additionally, the whole contract and some of its parts may be simulated with some scenarios to estimate associated traps, risks, benefits and losses.

Contract execution is a formal enacting of a particular digital contract-as-a-process by some software. This software acts as a “digital” lawyer and it is responsible for coordinating activities which are assigned to related business entities. For example, a buyer must pay to a vendor an agreed amount of money and then this vendor must deliver some goods to this buyer. Some activities may be assigned to the “digital” lawyer as well.

Also, the “digital” lawyer may act as a “digital” notary to keep the records of everything that happened with a particular contract.

Contract closure is an additional activity to ensure that all the business entities agree with the execution of a particular contract.

Contract monitoring is a permanent activity for controlling that a particular contract is executing correctly.

Contract exception handling is a set of activities to be initiated if something went wrong with a particular contract. Such situations may involve a “digital” judge.

In this example, a buyer wants to purchase some digital assets (a personal copy of a digital book or a car renting certificate) from a vendor. Both of them can use only digital money. Because the buyer and the vendor don’t trust each other, they engage an independent “digital” lawyer to conduct this purchase via a digital contract. This “digital” lawyer explicitly acts as an escrow and a notary as well.

The desired sequence (also known as happy path) of activities is the following.

The same sequence with more details.

1. Vendor and Buyer: Engage a “digital” lawyer via a standard digital contract
2. Vendor: Propose contract
3. Lawyer: Validate contract
4. Buyer: Accept contract
5. Lawyer: Seal contract
6. Buyer: Transfer digital money to the “digital” lawyer
7. Lawyer: Validate the payment
8. Vendor: Deliver digital goods
9. Buyer: Announce acceptance of digital goods
10. Lawyer: Transfer digital money to vendor
11. Lawyer: Close the contract
Again, this is only a happy path without any problematic situations. Important that all the procedural formalities can be implemented exactly in accordance with the legislation of a particular country. Because of the detailed audit-trail which is saved as records, any disputes about a particular contract may be resolved by a “digital” judge.

Both characteristic, “explicit” and “computer-executable” of digital contracts are equally important. For example, smart-contracts are computer-executable but they not explicit because they are pieces of code which is not understandable by some business parties. Also, some traditional laws contain typical process diagrams (see http://improving-bpm-systems.blogspot.ch/2014/07/practical-process-patterns-laap.html ) to become more explicit, but they are not computer-executable.