This blogpost is an example of digital transformation in e-government with the use of platforms (extracted from "e-government reference model #GeGF2014 #egov #entarch #bpm #soa" http://improving-bpm-systems.blogspot.ch/2014/10/e-government-reference-model-gegf2014.html  ).

Let us put this architecture in the evolution context. For the long time, e-government implementation architecture was portal-centric and its applications (blue "emabas") were extensions for some internal applications as show in Figure 2. 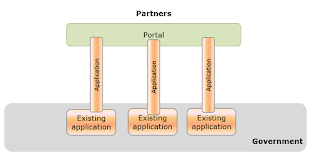 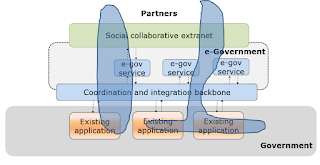 As existing applications are evolving, they will be replaced by processes and services as well thus creating transitional application architecture as shown in Figure 4. 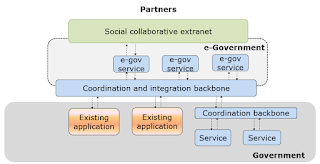 With converting all previously monolith applications into processes and services, the target application architecture will be reach as show in Figure 5. E-government applications will be just connections to a cloud of governmental services. 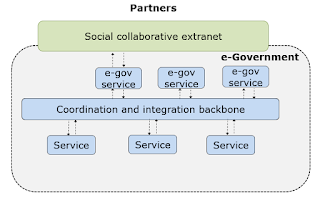 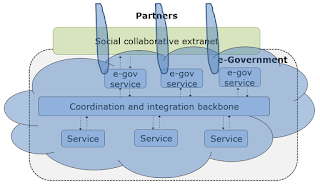 And, moving e-government to the really e-social system, the application architecture will morph into a social cloud interacting with the government service cloud as shown in Figure 6. The latter serves as a platform for social, professional, private, voluntary and other services to be integrated into e-social system. 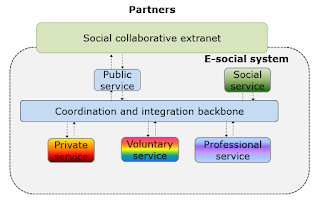 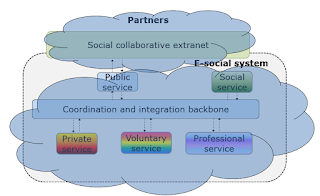 For existing e-government systems the evolution from the introductory architecture upwards does require primarily the systematic use of BPM and SOA. Green-field e-government initiatives may start from the target architecture.

All stages form a sort of ladder for step-by-step evolution as shown in Figure 7. 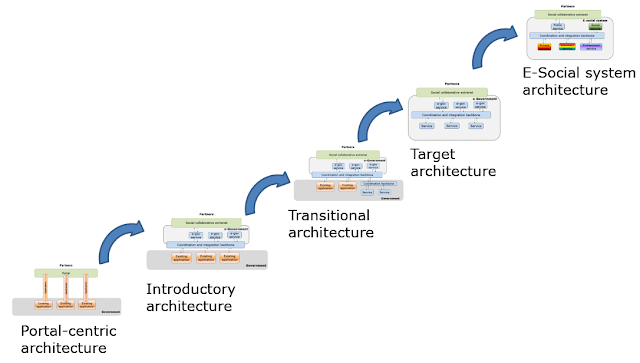 Figure 7 Implementation architecture – all stages as a ladder

Achieving synergy between diversity and uniformity via platforms

Both concepts uniformity and diversity are antonyms.

uniformity, noun
state or condition in which everything is regular, homogeneous, or unvarying
[Source http://www.collinsdictionary.com/dictionary/english/uniformity ]

diversity, noun
the state or quality of being different or varied
[Source http://www.collinsdictionary.com/dictionary/english/diversity ]

They were used in the following text “Any corporate within the same industry-sector do, in principal, the same things but in slightly different way. If a corporate unified business execution platform enables synergy between uniformity and diversity then the same platform may serve the whole industry-sector (public services, healthcare, smart-city, etc.).”

A few techniques below provide the explanation.


An example of platforms: A lot of modern mobile phones, tables, TVs, etc. are built on top of Android platform or iOS platform. Generic characteristics of platforms are:

The blogpost http://improving-bpm-systems.blogspot.ch/2013/02/enterprise-patterns-peas-example-and.html is an example to prove to the business that their unique processes are actually assembled from the same services. The latter will be shared among all the business unit and the former may be unique in each business unit.


A monolith solution is often not good for any Business Unit (BU).

An assembly-based solution is adjustable to needs of each BUs with their own pace. 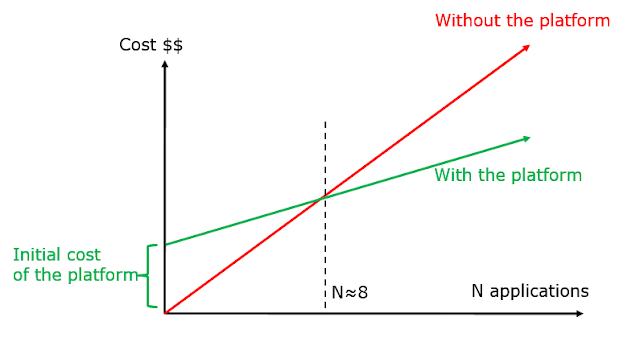 
The level of platform functionality is like as the sea level which absorbs small islands if it is increased. 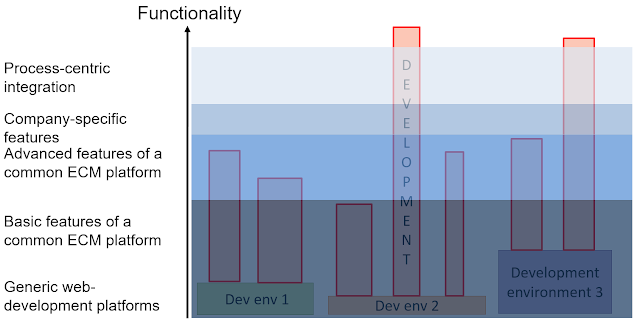 
6 Explain to the governance group how to manage the platform


7 Explain to the PMO the specificity of mini-projects

Making flows-of-control explicit and machine-executable is the primary goal of the platform because flows-of-control or “when who is doing what” is fundamental in business. Flows-of-data (and more generic, flow-of-assets), which are popular in SOA and more “visible” by all the architects, can be derived from the flow-of-control.


Considering that, a platform is intended for all smart-city service providers, but how is it possible to achieve some degree of uniformity among all smart-city service providers if they have different abilities to absorb the benefits of information technologies. Computerisation is a journey, and each smart-city service provider needs to be allowed to adopt a suitable pace for itself, but we also need to maintain coherence in the progression of the whole set. The use of a “ladder” model can be useful since it permits progression of each entity in a stepwise manner but at the same time guides the overall progression in a coherent manner. Design the “ladder” to have a few levels of capability from “not able” to “fully capable”. Entities are permitted to advance at different paces in their ascent to the top of the “ladder”. For example, their progress could be planned as in figure below.

10 Explain to software architects how the platform will be built


The platform is designed to be tools-independent by standardizing data, information, interfaces and coordination between various capabilities. This will allow building the platform incrementally by provisioning needed capabilities from COTS, FOSS, platform-community-owned and in-house components. A few components may be offered for one capability as shown in figure below. 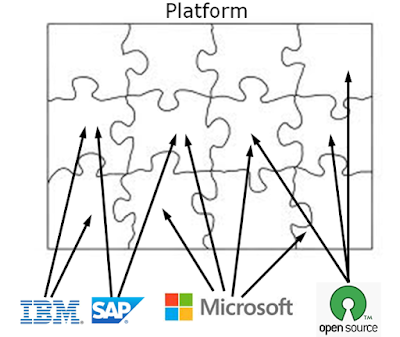 Remember to avoid the use of exotic features of software which is not fully controlled otherwise it will be difficult to replace it.

Evolution of platform is carried out incrementally, continuously and with some verification, in accordance with the classic Deming wheel – Plan, Do, Check, Act
The extent and frequency of these improvements depend on various factors (capability, risk ,etc.). Also, different improvements may have different scopes. And, the implementation of several improvements may overlap in time.


11 Explain to software architects how address versioning of everything


Careful versioning of everything is mandatory! To achieve the versioning of artefacts it is necessary to understand how to treat relationships between artefacts. We recommend that a system be evolved via some kind of transformation cycle as shown in figure below. Start with a stable configuration of approved artefacts. Then introduce a new version of the artefact B3 which is available only for one consumer (i.e. artefact A2) which has to be also versioned. After achieving higher confidence with these new versions, switch all other consumers (i.e. artefact A1) to the new version of the artefact B3. When it is considered that all new artefacts are functioning correctly, their old versions can be removed. The transformation is over and a stable configuration of approved artefacts is once again reached. 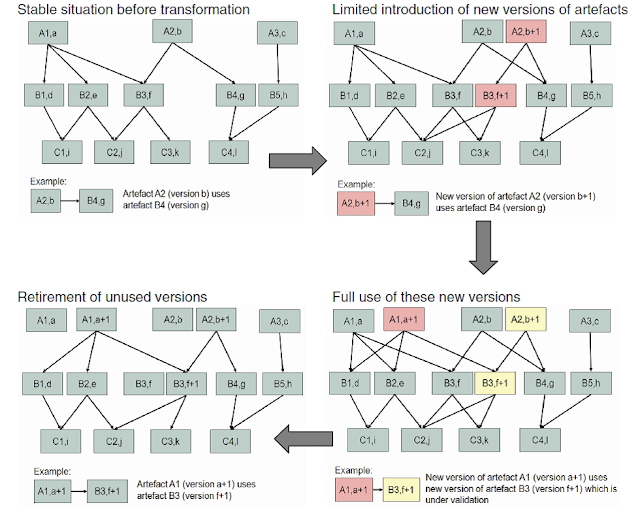 Thus architects have the full control over the versioning. Switching for new versions is an independent decision of each application’s owner (i.e. each application may evolve with its own pace).

Another useful resource is practical enterprise patterns ( see http://improving-bpm-systems.blogspot.ch/search/label/practical%20process%20patterns ). Similar to cooking recipes, such patterns may be use as-is to start with and then gradually tailored for some unique business needs.

It is mandatory to anticipate changes in the enterprise’s typical artefacts.

Basically, the platform starts from the provisioning capabilities for handling generic artefacts: data structures, documents, events, processes, rules, roles, audit trails, services, processes, etc. Then business reference data/information are managed enterprise-wide. Then core-business data are managed enterprise-wide. Then all the data are transformed into information. At the same time, various services (generic and enterprise-specific) are incorporated into the platform.

14 Explain to industry groups the potentials of platforms

An industry-specific platform can be built in collaboration and coordination between various enterprises – common data schemes, trusted data and documents exchanged, inter-enterprise processes, etc. Enterprises will compete in their core-business innovations but not in re-implementing of their IT systems.

This blogpost is aimed to outline some basic mechanisms of blockchain and to demonstrate how they can be combined with other enterprise technologies and methodologies.

A digital asset is a valuable digital object whose owner can be cryptographically ascertained. Example: bitcoin.

A block is a collection of transactions.

A blockchain is a well-ordered tamper-proof collection of blocks, on which all stakeholders must (eventually) come to consensus. This determines the history of transactions and provides a computationally unforgeable time ordering for transactions.

Bitcoin is a digital money application built on top of blockchain to enable transactions without trust between stakeholders.

Public and private keys are a pair of keys of asymmetric cryptographic algorithm.


Any owner of bitcoins (i.e. digital assets) is an anonymous who is known by its public key. An owner may have many public keys. 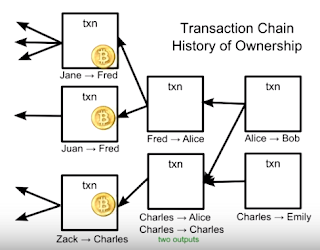 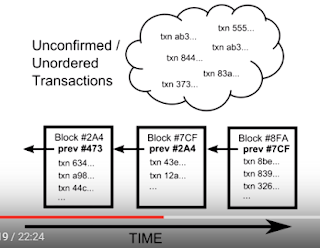 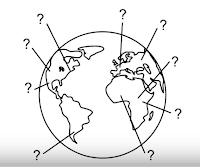 Certainly, blockchain as technology may be use together with many other technologies and methodologies.

Also, I would not call blockchain as a "global ledger" - it is bitcoin as an application uses blockchain as technology to implement a ledger. Note that bitcoin uses its transaction validation procedure to prevent the double-use of digital money.


As continuation of "Synergy between #BPM, #digital, #IoT, #microservices and #blockchain" http://improving-bpm-systems.blogspot.ch/2015/12/synergy-between-bpm-digital-iot.html

Usually we use monetary transactions in more complex business transactions, for example, the latter is a sequence of atomic transactions (as a happy path):
Right now, money is digital and goods maybe a personal copy of a digital book or a car ownership certificate.

Now, imagine this process must be carried out without trust between its participants (buyer, escrow and vendor) and with the use of blockchain-technology-based storage to secure the process-instance audit-trail. As everything is digital (process, money, goods, etc.) then the escrow may be digital as well – the process instance itself is a digital escrow which coordinates all the atomic transactions.

0. Digital escrow is requested to be involved

The digital escrow amends the contract by this process template (definition) & this process instance information, signs everything with its private key, and sends everything to a blockchain-based audit-trail storage.

This contract is signed by the vendor’s private key and is sent to the blockchain-based audit-trail storage.

This contract is signed by the buyer’s private key and is sent to the blockchain-based audit-trail storage.

The digital escrow (actually, the process-instance) sings the contract (which is already signed by buyer and vendor) and sends it to the blockchain-based audit-trail storage.

The digital escrow invites the buyer to pay.

The buyer transfers the agreed amount of digital money to the digital escrow. This transaction is sent it to the blockchain-based audit-trail storage.

The digital escrow invites the vendor to “ship” digital goods in accordance with the contract.

The vendor change the ownership of the digital assets to be sold in accordance with the contract. This transaction is sent it to the blockchain-based audit-trail storage.

The buyer confirms to the digital escrow the reception of the all digital goods. This transaction is sent it to the blockchain-based audit-trail storage.

The digital escrow transfers to the vendor the digital money. This transaction is sent it to the blockchain-based audit-trail storage.

The whole history of this business transaction is sent it to the blockchain-based audit-trail storage for the buyer and for the vendor.

Again, this is only a happy path without any problematic situations. Important that all the procedural formalities can be implemented exactly in accordance with the legislation of a particular country. Because of the detailed and immutable audit-trail, any disputes about a particular contract may be resolved by a digital judge.